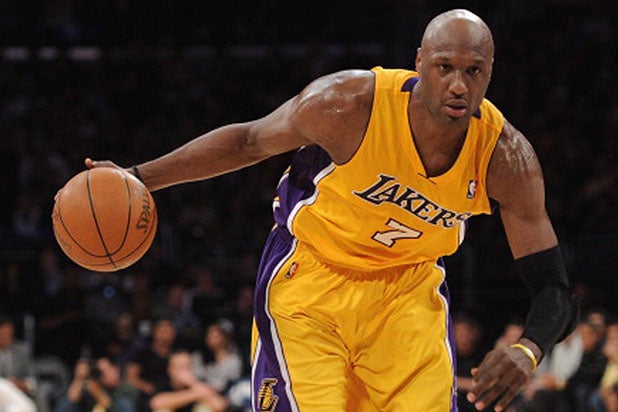 As former Lakers forward Lamar Odom continues his recovery, the former NBA pro is no longer on dialysis. "His kidneys are able to function without dialysis. There is some permanent damage, but the function is good enough and there is no more need for a transplant,"

The source also adds that for Odom's kidneys to be able to function in the future, like they do now, he can never again use drugs.

"Lamar is very, very lucky. Not many people get a second chance. It's remarkable that his kidneys are now able to function without dialysis," says the source.

Odom, 35, was found unconscious in Nevada on Oct. 13 following a drug overdose. He spent four days in a coma before being transferred to an Los Angeles hospital on Oct. 19.

Khloe Kardashian opens up about supporting Odom during his health crisis. The pair called off her protracted divorce on Oct. 21, but the Keeping up with the Kardashians star says they have not reconciled their romantic relationship.

"It's out in the media that we are back together, but I wish people understood that's not in our thought process right now," said Kardashian. "There are too many other important things, too many medical things. It's not even in our brains thinking about us as a couple or having a relationship right now."